You are here: Home / Blog / Visual art in digital age, psychic automatism, and coming together of arts and commerce stream

Art is not produced by nature but manmade. In mathematics or the laws of physics, there is merely discovering what is already there. But a piece of artwork has the application of human imagination and perceived differently by individuals. Art is thus subjective when it comes to liking by an audience.

The revised and expanded edition of the market leading art appreciation college textbook.
Elements of visual art are building blocks artists use to design their work. Formal elements are space, point, line, shape, color, value (light and dark), and texture. Using these as bricks, an artist creates a whole new world of visual experience. While designing artwork, an artist selects his or her theme of dominance called ‘emphasis.’ To make artwork pleasant, visual combinations are used called building ‘harmony.’ ‘Unity of purpose’ is maintained while depicting elements so that all parts appear related. ‘Contrast’ such as using colors black and white in sequence makes the artwork more dramatic or expressive.

Elements of Art & Principles of Design Art Poster
The artistic mind refers to the natural ability of an individual to learn skills such as painting or photography. For some, it is easier to acquire artistic skills than others or are artistically talented. Painting of Mona Lisa by Leonardo da Vinci, sculptor of Pieta by Michelangelo, architectures such as The Hanging Gardens of Babylon and The Statue of Zeus at Olympia, printmaking such as Pablo Picasso’s ‘Minotauromachy’ are examples of popular visual arts.

The Statue of Zeus at Olympia

Pablo Picasso – Minotauromachy
Performing art (note difference with Performance art) such as dancing has been there for centuries exploring emotions with body movements of a dancer. Magic is yet another performance art. In conceptual art, the idea takes preponderance over physical identity.

Do you know what it takes to manage a performing arts organization today?

“A clear and accurate history of . . . a continuous development of enormous consequence to the most adventurous twentieth-century art.”

Today, there is a flux of visual images around us, be it print or audio-video sources. Interpreting ideas conveyed by visible actions or images is called visual literacy. A picture, after all, is worth more than a thousand words.

Visual Literacy: A Conceptual Approach to Graphic Problem Solving
Although beauty is one of the major objectives, bringing into notice the harshness of life is also frequently part of an artist’s work.

As per Adam Schwartz of TeePublic, “In times of human struggle, the world needs art. Crises such as this (Corona Virus) are too complex, too nuanced to put into words, but art is a higher form of language. When we don’t know what to feel, art can illustrate emotion … [As an artist] You do have a sword to wield. Can you push through the anxiety and find the space to be creative? Can you find your voice and whisper to us, a joke, an idea, or a memory of some better time? I implore you to try … as an artist community our voices echo more loudly than one could ever do alone.”

Bang’s powerful ideas—about how the visual composition of images works to engage the emotions, and how the elements of an artwork can give it the power to tell a story.
The human way of thinking rotates around rationality and imagination. While rationality relies on systematic learning by the effort of the brain and senses and applying to reason, imagination relies on intuition. The human body itself functions in two ways, some are automatic, such as the beating of the heart, and some are accomplished by active human endeavor such as walking. Similarly, our way of inner conception and outside communication is also guided by a combination of both.

Incorporating the latest discoveries in quantum physics, it organizes the concepts of psychic empowerment into a progressive, cohesive plan that features straightforward instruction on a wealth of psychic empowerment methods and practices.
While traditional classroom teaching relies more on rational means, still many times it has been found that people not having them have been able to succeed more in their fields by applying intuition and following automatic hunches from their subconscious mind which is popularly called “psychic automatism.” From one angle, critical thinking and relying on hunches appear conflicting, but maybe, wisdom to balance the two can make the difference.

Throughout history, artistic works of excellence are always said to be achieved when its creator got in a trance state where he/she surrendered to the inner god or subconscious mind. The world’s best painters such as Picasso and Michelangelo, poets like Stevenson, and many more who do not disclose them publicly, have been able to achieve their masterpieces relying more on inner impulses of the soul free from reasoning than anything else. In the modern digital age, such “psychic automatism” is increasingly being expressed in newer ways such as using computers where the artist selects buttons in a trance state and the output gets recorded on the monitor. Some call it like scribbling on paper in a half-dream state. In visual art, it has been practiced in religious imagery throughout human civilization.

Covered with words and drawings, ready for you to interpret.  During the last few decades, there has been renewed interest in understanding the power of the subconscious mind and artistic works under psychic automatism form find their place in commercial advertisements which is perhaps a good thing as the same brings pupils of commerce and arts streams together. One of the challenges today in the world of marketing (digital marketing to be precise in the current web environment) is to woo customers by images in websites, apps, and social media channels. While free images are too easy to access (Unsplash, Pixabay), it is going the extra mile to explore their relevant use that can give a competitive advantage. 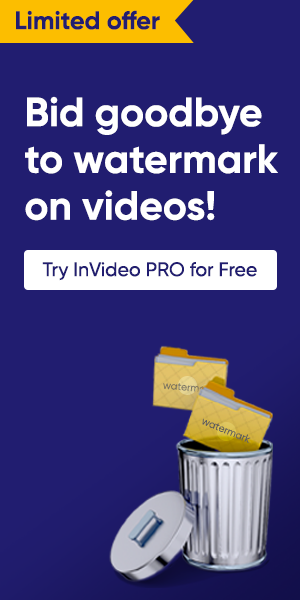